Is our laundry valuable for the people of Barunga?

The biggest challenge for our Remote Laundries project in the small Aboriginal community of Barunga in the NT, has been getting people to use it. People were keen when it first opened in February 2019, and then interest dropped off – nothing new there – most projects in Aboriginal communities would share the same story line. But why? It’s for their benefit I hear you say….

Just because something is beneficial, it doesn’t mean people will value it enough to include in their lives. We see this all the time in Australia; and a classic example is the plethora of gyms around almost every corner in our cities, yet heart disease is at an all-time high. Just because a service exists, it doesn’t mean people will use it. The challenge is encouraging people to believe the service is of value to them and should to be added to their routine. 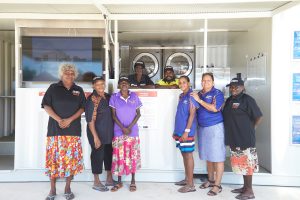 Initially we relied on three key motivators to encourage the 300 or so people who live in Barunga to use and value the laundry: local endorsement, communication and access. The community were involved in planning, design, implementation and day to day running of the laundry. We made sure people knew where they could find it and knew the service it provided. The laundry was put on a site that was easy to find and access, and we adjusted the opening hours to be more in line with the natural movement of people – opening late in the morning for example.

Starting in September this year, we focussed on a fourth motivator (and arguably the most persuasive so far) – money. All services within the laundry were declared free. Free washing, free drying and free detergent. The result was obvious with more cycles being done on the first free day than the whole week previous.

Before September is cost $4 to wash your clothes and $4 to dry them. People could pay with their bank or Basics card with a simple tap and go machine – easy right? Four dollars doesn’t seem like much, but for the people of Barunga it was a strong enough deterrent not to use the laundry at all.

Now in November and heading into December, the trend continues. Washing is up 400% and we are looking at 75 cycles per week when the cycles are free versus 80 cycles per month when people had to pay. It’s been thrilling to watch those tubs turning! 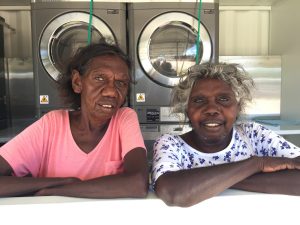 We’ve improved access by introducing a bus that runs on Wednesday and picks people and their washing up, takes them to the laundry, and drops them home when they are done.

“Free washing and drying are definitely key reasons why more people are using the laundry. The bus is too though. We do more washing on Wednesday than any other day of the week” says Fiona Ainsworth, Business Development Manager for the laundry.

Our learning curve has been steep and much there is still more to learn. What we can be sure about so far is that paying to use the laundry is the biggest barrier, and if we want to encourage people to use, value and need the laundry, we have to be realistic about that. Down the track, AIG is planning on running six more laundries in other Aboriginal communities in the Top End, and if we have learnt anything so far, the services will need to be free (and accessible).

We can all learn from the wise words of our board member Lizzie Sullivan “the laundry is a pilot and we need to slowly ease into getting it set up, not just whack it in and expect everything to work first up”.

Next is measuring the impact on individuals, the community of Barunga and the taxpayer overall. But that is a story for another post 😊. 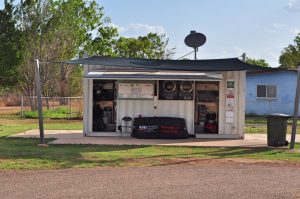 Find more stories that interest you